Jeeps on the Beach

I painted a mural several years ago in a young boy’s bedroom, of a lighthouse on a beach. One edge of the mural ended at the corner of the room, and the other edge ended behind a tall, free-standing cabinet.

Well, fast-forward to present day, and the mural still looks great! But, the young boy has matured, is graduating from college soon, and his parents are now re-arranging his room to accommodate this new era of his life. Consequently, the cabinet/shelf unit moved to a different wall in the room. This meant that I was going to have to do some alterations to the mural. In this case, I was hired to extend the existing mural to the other corner of the wall, since the entire scene was now unobstructed.

Obviously the first step was to extend the beach, ocean, and clouds to the whole length of the wall. In addition, this young man’s parents thought it would be a great surprise to add in his favorite off-road vehicles, Jeep Wranglers, into the scene. This served to add some interest to the left side of the mural and balance the whole scene. Also, it was a great way to make it more fresh and relevant for this guy’s newly-decorated “not so boy-ish” room! 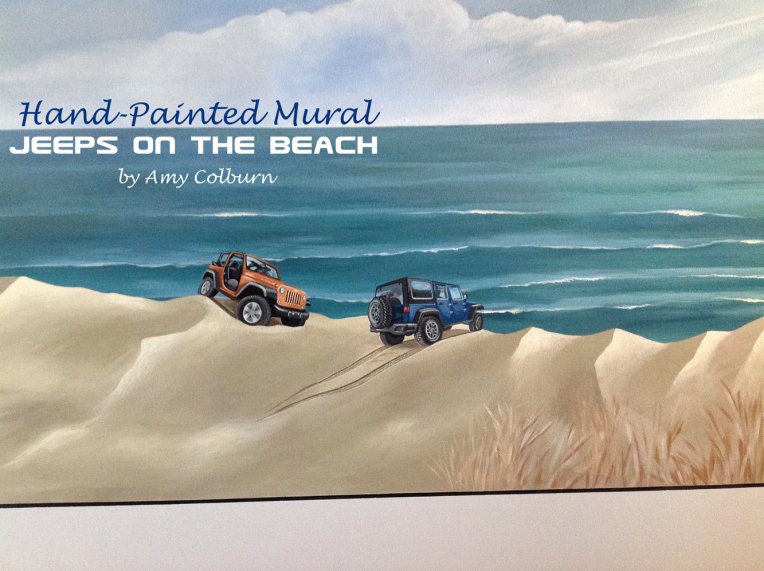 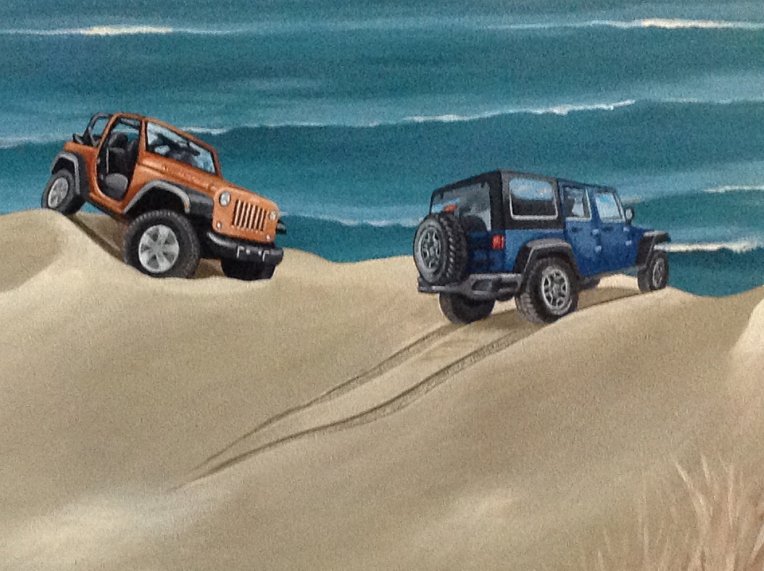 They were very specific about the model, and even colors of the Jeeps, so this helped me out tremendously. There were even some die-cast models on hand for reference.

He is so lucky to have parents with great style and taste who can decorate this well! Let me know what you think by leaving a comment below! I would love to hear what your thoughts are on the new addition to this mural. 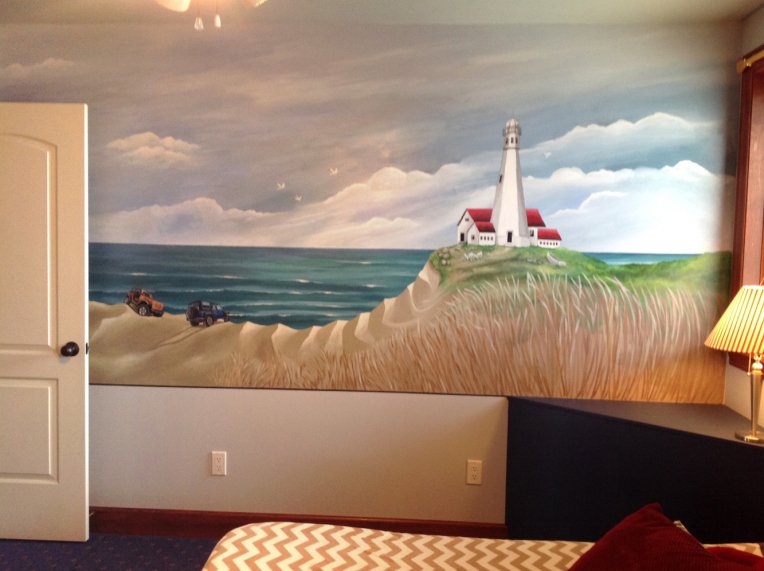 If you ever have a mural that is out-dated, or needs a fresh look, give me a call. Sometimes I can freshen things up without having to re-do the whole thing.